It’s one of the most exclusive visions we associate with the American dream. If your bank account possesses enough commas, it’s more likely now than ever that you’ll be browsing through the biggest gated communities in America for your new home.

Gated communities are staples for the well-off, as well as the famous and powerful. The reasons to build a new life in this sort of environment are numerous. More than just the prestige that comes with knowing that your security is ensured by a protected access point, there’s the sense of unity you’ll find. Things don’t change much in gated communities; they don’t typically allow changes in infrastructure like new roads or buildings, and the home owner’s associations pay strict attention to the conduct of homeowners. Celebrities, CEOs, and other high-profile people are flocking to these kinds of living situations.

Gated communities are popping up left and right all over the country. Some of them are tailored to those with upper-middle class income, but the lion’s share of them are geared towards those with at least seven figures in the bank.

The “Sunbelt” region runs through the South and the West due to the massive amount of land available there to develop. That being said, urban areas have developed plenty of gated communities, sometimes re-purposing previously established environments to cater to wealthy clientele in search of privacy, protection, and peace and quiet. The U.S. Census Bureau’s American Housing Survey conducted studies which indicate that people occupied nearly 11 million homes within gated communities in 2009, compared to 7 million in 2001. Keep in mind that these are conservative estimation! Now let’s take a look some of the biggest gated communities in America.

Jennifer Lopez has a property at this spot in Los Angeles, California. Hidden Hills is a rural residential area which boasts almost 700 homes and countless horse trails to bolster its laid-back attitude. There are three-rail-fences, but no street lights or sidewalks. It’s a place where you can feel normal, somewhere where you can forget about the endless hustle and bustle of city life, without actually leaving the city. JLo can enjoy access to three riding arenas, an Olympic-size swimming pool, and a community center for the performing arts capable of serving almost a hundred people.

The Hills began to be developed in the 1950’s. This community maintains a country lifestyle unlikely to be found anywhere else in Southern California. If you can afford it, this might be your best shot at recreating the height of small-time living on the West coast. Some homeowners actually pick up their children from school on horseback.

On average, homes cost about $3.5 million, but the upper price range can surpass $13 million, easily putting this in the category of biggest gated communities in America.

The Oaks of Calabasas

Also located in California, Calabasas is one of the more recently established gated communities in L.A. – its construction dates back to the early 2000’s. The homes are custom built, and are often spaced closer together than you might find in the Hidden Hills. This development is intricately planned, with a litany of tennis courts, community center, and a competition-size swimming pool. The Oaks are extremely exclusive. For example, take the Estates, a series of around 55 homes within the larger gated Oaks development. Noted celebrities such as members of Michael Jackson’s family, Justin Bieber, and members of the Kardashian family have been reported to have purchased five-bedroom, multi-million dollar houses in the Oaks, with amenities such as full-size movie theaters.

Houses in the Oaks are usually about 5,500 square feet. Their prices can reach two to three million dollars. Within the more ostentatious Estates, the houses are much larger, reaching between 7,000 and 20,000 square feet. When it comes to price, these homes can cost from $7 million to $8 million, although some homes can reach as much as $12 million.

Pomander Walk is sequestered within the Upper West Side of Manhattan. it’s situated on a minuscule street for pedestrians only. The homes are stunning two-story Tudor-inspired townhouses replete with lush gardens and bushes. Ivy creeps up the walls and completes the storybook sense of wonder that comes standard at Pomander Walk. Back in 1921, an architectural firm built this gated community to replicate a street in London’s Chiswick district. The street runs from 94th to 95th street, in betweenWest End Avenue and Broadway.

Once you pass through the gates, you’ll find yourself immersed in a magical sense of tranquility. The Walk is saturated with charm and history – it was designated as a landmark in 1982. The entire complex has been converted to a co-op. At first, there were a total of 63 units until half a dozen of two-family townhouses have been transformed into single homes available for approximately $1.6 to $1.8 million. You can expect most of the 700 square foot, two-bedroom condos to run you close to $750,000.

Not only is this one of the biggest gated communities in America, but it’s also one of the oldest. Founded back in the 1880’s, this community was listed on the National Register of Historic Places. This region has been called home be titans of industry and old-money colonial families. Believe it or not, the tuxedo jacket was actually first introduced to the United States here.

This enclave consists of 2,600 acres and is located less than an hour from Manhattan’s midtown. The trees are a hundred years old, and encircle crystal clear lakes, a full-fledged golf course, and several expertly constructed mansion. You’ll never find to homes that resemble each other, making Tuxedo Park one of the most unique and creative gated communities out there. For recreation, you can engage in boating, tennis, fishing, and more. The houses can vary vastly in size, but most of them are at least 5,000 square feet. The going price for these properties starts at one million dollars, but can reach ten million dollars or more.

These gated communities aren’t easy to get into unless you hit the jackpot, but no one can say it isn’t worth it. If you’re curious about where and how the privileged and successful lay their heads at night, look no further than these tantalizing developments. 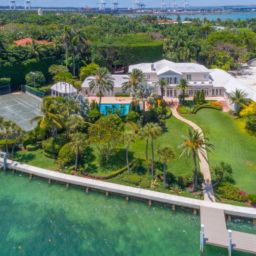 The 10 Most Stunning Gated Communities in America

From New York to Hawaii, these gated communities span the country and are simply stunning. Although these homes are unique,… 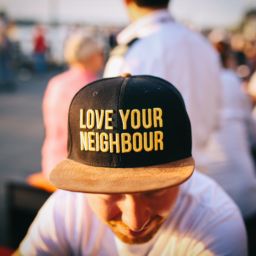 5 Pros and Cons of living in a Gated Community

To gate, or not to gate, that is the question. If you’re looking at buying or renting your next home,…

This site uses Akismet to reduce spam. Learn how your comment data is processed.

We use cookies on our website to give you the most relevant experience by remembering your preferences and repeat visits. By clicking “Accept”, you consent to the use of ALL the cookies.
Cookie settingsACCEPT
Manage consent

This website uses cookies to improve your experience while you navigate through the website. Out of these, the cookies that are categorized as necessary are stored on your browser as they are essential for the working of basic functionalities of the website. We also use third-party cookies that help us analyze and understand how you use this website. These cookies will be stored in your browser only with your consent. You also have the option to opt-out of these cookies. But opting out of some of these cookies may affect your browsing experience.
Necessary Always Enabled

Performance cookies are used to understand and analyze the key performance indexes of the website which helps in delivering a better user experience for the visitors.

Analytical cookies are used to understand how visitors interact with the website. These cookies help provide information on metrics the number of visitors, bounce rate, traffic source, etc.

Advertisement cookies are used to provide visitors with relevant ads and marketing campaigns. These cookies track visitors across websites and collect information to provide customized ads.

Other uncategorized cookies are those that are being analyzed and have not been classified into a category as yet.